FRIENDS OF THE PARAGON 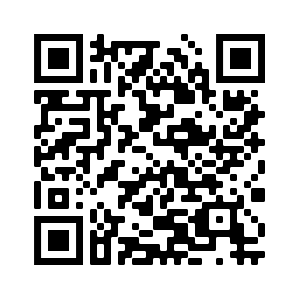 The Paragon is suffering from neglect. It is being damaged by vandalism and water penetration.
See images below of this iconic restaurant in its prime and in recent years. An on-line petition has been established to register concern at the current situation. Support of the petition is encouraged and may be accessed via the QR code or link:
https://www.change.org/p/the-paragon-in-katoomba-is-in-peril

The early years of the twenty-first century saw a slow decline in the fortunes of The Paragon.
At the close of the twentieth century, after 84 years of ownership in the Simos family, the business and freehold property were sold.


The year 2000 introduced new owners, Gavin Enterprises (Bruce Gavin and Joanna Castle) who brought a fresh enthusiasm to operation of the confectionery and restaurant businesses. Work was also commenced on limited refurbishment, including replacement of the Ballroom floor which had deteriorated due to dampness.
Unfortunately, Mr Gavin suffered a health crisis that also changed the fate of The Paragon. Personal priorities forced the owners to seek an operator to run the restaurant business, which was leased to Barbara Allatt and another, in 2003. In 2008 the lease was renewed for a further five years. By that time there had been a parting of the ways and Allatt became the sole lessee.


Barbara Allatt took on the challenge of maintaining the confectionery and restaurant businesses at a time when tourism to the Blue Mountains was in a continuing decline. She diligently maintained the range of confectionery, but both the hours of operation and the standard of food service had to be reduced, not the least reason being the difficulty of finding competent kitchen and floor staff at that time. Again, health issues intervened, with Barbara forced to appoint managers to operate the business during extended periods of her absence for treatment. These arrangements became increasingly problematic for her and saw a marked decline in the presentation and standards that once defined The Paragon.


It was during the Allatt tenure (2003–2011) that the property was sold in 2009 to a Sydney company, Consett Investments Pty Ltd under its principal, prominent Sydney Solicitor, Mr John Landerer.


Under continuing pressure of health issues and staffing difficulties, Barbara reluctantly realised that she would have to close the business or seek someone to take over the lease. In 2011 the lease was transferred to another Sydney company, Carabella Holdings Pty Ltd. Carabella installed Robyn Parker a party related to Carabella, as manager. Robyn made a courageous attempt to revitalise the now fading fortunes of The Paragon, especially reaching out to locals with a view to supporting evening patronage. Inconsistent hours and standards mitigated against success of this initiative and predominant trade remained daytime tourists. With demands of a young family, Ms Parker was not able to spend the time needed to manage the business and came to rely on a cafe manager.


During the 2010’s standards of service and of presentation of the property slipped markedly. Conflict developed between the owner and the lessee, with the maintenance of interior finishes, furniture and the building all becoming issues. Water penetration caused increasing damage to the grand Art Deco rooms at the rear of the cafe: the Ballroom (North range) and parts of the Banquet Hall (South range), as well as the Bakery and other areas on the first floor.


It had become apparent to a number of locals that the business was probably not generating sufficient revenue to fund increasingly necessary maintenance to furniture and other leasehold improvements. In 2013 a small group formed to assist the operator with promotion and minor works. In 2015, this group was formally registered as a not-for-profit Association, Friends of The Paragon Incorporated.


Between 2016 and 2017 the building owner spent considerable funds on replacing the entire roof and rainwater drains, but water penetration from above continued to be a problem and the entire roof cladding was again replaced. Despite these commendable efforts, leaks persisted becoming one of several issues exacerbating relations between lessee and owner.


Press announcements in early 2018 quoted Ms Parker as advising that she would close The Paragon, citing an inability to negotiate a renewal of the lease. On May 27th 2018 the front door that had been a welcoming portal on Katoomba Street for one hundred years, was shut. Shopfront windows were emptied and masked with paper. Behind the masking, all contents and many fitments were stripped from the cafe, kitchen, bakery and confectionery factory. The loss of historically significant material included donated items from display cases in the cafe; historic documents and early business records from upstairs offices; specialist tools and parts for historic confectionery manufacturing machinery and various collections that FoTP had established as a museum in the bakery area. Even carpets and the under-awning signage were removed, leaving the property a sparse and lonely shell. It has remained in that state until 2022.


2019 saw some positive developments, with the owner having the facade painted and engaging Architects to investigate and prepare documents for a major refurbishment and remediation of what had been long-standing problems of water penetration causing damage to both Art Deco rooms and ongoing dampness issues. The work of NBRS Architecture was commendable, producing detailed specifications for a range of interventions and specialist trade works. The plans achieved approval of the necessary heritage authorities, culminating in the granting of a Development Application by the Blue Mountains City Council in 2020. Unfortunately, the Covid 19 pandemic intervened. As at Spring of 2022 no work has commenced.


The years during which the premises has been closed have been unusually wet in the region. With water penetration unaddressed and lack of ventilation, mould infestation and deterioration of finishes has seriously damaged the interior.


2022 has also seen realisation of a great fear of those who care for The Paragon with areas of the building being broken-into with evident vandalism and graffiti attacks.


The Paragon is not beyond restoration, but the need for action is now urgent.


The slow decline in the twenty-first century of the business and the deterioration of the building has been described as the Dark Days in the history of The Paragon. With proper care and investment in the building it might well attract an operator with flare, commitment and dedication worthy of the Simos legacy. A brighter future is possible with an operator capable of bringing the legendary reputation for hospitality and fine confectionery of The Paragon back to its prominence in the centre of Katoomba.


An on-line petition has been established to bring the concern of members of the public to the attention of the owner. Your support of that petition would be a meaningful contribution to the future of The Paragon. Please use the QR code below or visit:
https://www.change.org/p/the-paragon-in-katoomba-is-in-peril